Eliot Clark was born in New York in 1883 to Walter Clark, a landscape painter, and Jennifer Woodruff Clark. His artistic abilities were evident early in his life, and by the age of thirteen he had exhibited at the National Academy of Design and the New York Watercolor Club. Clark was largely self-taught through painting trips with his father, on which he met acclaimed painters John Twachtman, Frank Duveneck and Edward Potthast. While attending the New York Public Schools, Clark studied briefly under Twachtman at the Art Students League. Clark’s passion for painting landscapes inspired a trip to Europe from 1904 to 1906 during which he visited Paris, Giverny, London, Venice and Madrid. His style was firmly rooted in impressionism when he returned. Between periods of living in Connecticut and later in Virginia, Clark traveled through the Southwest, to India and to Savannah and Charleston. Clark’s career was not limited to painting; he taught at the National Arts Club, the Art Students League and New York City College. He was also a noted art historian, and published biographies of artists Alexander Wyant, John Twachtman, J. Francis Murphy and Theodore Robinson.

Eliot Clark’s work can be found in numerous public collections including the Metropolitan Museum of Art, New York; the National Academy of Design, New York; the Smithsonian Institution, Washington, D.C.; and the Fort Worth Museum, Texas. 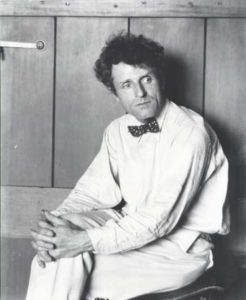